We ❤️ helping handmade sellers like you become more successful.

Join our newsletter to receive regular updates and actionable tips on how to take your business to the next level! 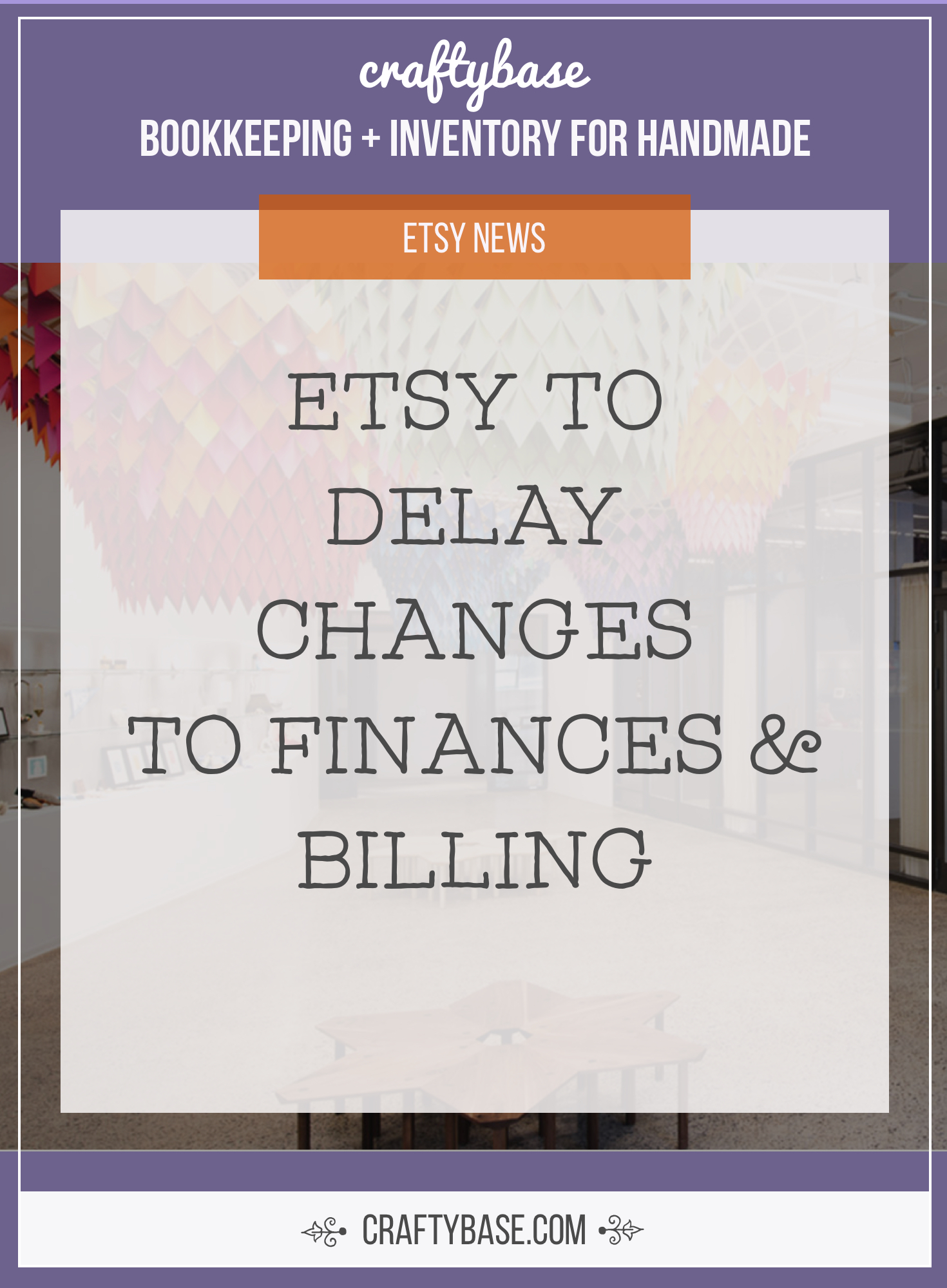 In April 2018, it was announced that Etsy will shortly start deducting fees and taxes automatically from the money earned via sales made by Etsy Payments. This differs significantly from the current system where payments on sales are made immediately to your nominated payment account, with Etsy fees and charges then billed on a monthly basis.

After this initial announcement, the forums were abuzz with sellers indicating that this change would have a significant impact on their cashflow and the way that they track their finances.

On the 28th June, Andreas from the payments team posted an update in the Etsy forums indicating that this change has been postponed:

Since our announcement, a lot of you have shared your feedback and we’re listening. Our team is working to make the redesigned payment account the best it can be for you and your shop, and to help make that happen, the new experience will now be released later this year.

Important: This delay does not impact on the Etsy fee increase from 3.5% to 5% which began on the 16th July.

We ♥ to help handmade sellers just like you to become more successful. Please join our newsletter to receive regular updates and actionable tips on how to take your maker business to the next level!